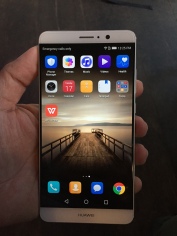 Huawei’s journey in the mobile industry has been an exciting one. My earliest memory of the company hitting the mobile industry is with the P5. Then the big partnership with Google in the development of the Nexus 6P. A few months later, the blockbuster Huawei P9 stormed into our lives like a boss, boasting its camera being “co-engineered” with German optics maker, Leica.

Now we have this gorgeous Huawei Mate 9. It’s a 5.9-inch screen, big enough to enjoy certain blocked websites. The slight drawback is the 1080p screen with a 373 pixel per inch density. Not a big problem, if you ask me. Besides, this works just fine with the 4,000mAh battery, giving it the longevity we want in our phones.

Huawei has opted out on MediaTek and Qualcomm processors to give room for its own HiSilicon Kirin 960. I have no idea what the equivalent Huawei’s processor is to its competitors but it’s a safe bet to assume the Mate 9 is a damn powerful phone.

A lot of things about it is nice. The size is nice. The battery is nice. The performance is nice. The grip is nice. I love writing messages on it. I have bear hands that are quickly losing its dexterity over the years so a big phone with a big screen is much welcome. Besides, even with small phones: I use an LG G4 Beat and an iPhone 6, I type with both hands. 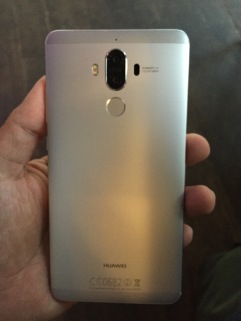 The dual-camera is every bit as impressive as the P9 and P9 Plus. I didn’t get to spent too much time with the Mate 9’s camera but from the phones I’ve taken with it – and I’m no photographer – the images were incredibly sharp. The colors were well-balanced and a quick adjustment on its autofocus features, I was able to manipulate the shadows and textures, resulting to some pretty nice photos.

The Huawei Mate 9 Pro is an even better phone. It has a QHD screen, obviously with a higher pixel per inch density at 534, and a 6GB RAM. It even looks sleeker than just the regular Mate 9. Sadly, it won’t be shipping out in the Philippines, because the price is way too high and people have agreed that a price point that high, you’re better off with an iPhone 7 Plus. Thankfully, it isn’t something that is really needed.

Even though I’ve spent over a year using a LG G3, which has a QHD screen, and basked on its vibrant and colorful screen, a QHD screen isn’t really a big deal to me. If I were to use my phone for pfft “VR” stuff with a cardboard, then, maybe a QHD screen is a thing for me. I don’t plan on investing in any VR tiers anytime soon.

Also, 6GB RAM is a monster. 3GB alone is freaking fast all ready, and twice as much will allow you to do twice as many. Exactly what do we do to our mobile devices that demand this much RAM? Just how many apps do we leave open, culminating to one of the primary reasons of lag? I just find that overkill. If a 4GB RAM phone begins to lag, then you need to close some apps.

Photo taken with the Huawei Mate 9, also edited with its built-in photo editor

If I had the money to spend, would I get a Huawei Mate 9? Probably. My initial phone of choice is the Huawei P9 Plus, which is a rather balanced-sized device. This is trailed closely behind by the Samsung Galaxy S7 and the LG V20 – because I am somewhat of an LG fanboy. I’d jump for an Asus Zenfone 3 if I’m looking to save money to nab a decent phone for simpler day-to-day uses. If I didn’t get any of those devices and I had the Mate 9 in front of me, waiting to be picked up, then I’ll find the temptation hard to resist.