Alright, hello! I was in Taiwan until Thursday, checking out this year’s Computex, an exhibit where companies showcase their newest hardware PC components. It’s for hardcore techies. And I am no hardcore techie. Four years devoted as a technology journalist, and I still have no idea what the hell is a PCI card. (I had thought those things were extinct.)

Anyway, here are some of the crazy rigs that I saw. 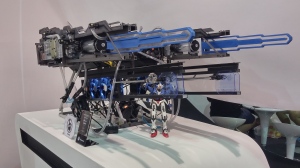 A Meteor-inspired rig with a Perfect Grade Gundam 00. According to the guy with me, the builder didn’t have a PG Freedom Gundam, so 00 was used instead. Also, there was supposed to be a mount where the Gundam was meant to be docked in the rig. Sad that didn’t happen. Still, this is one awesome PC. 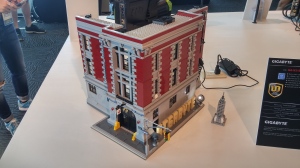 I wish I could list down the names and specs these PCs have. However at the time of the event, I was more concerned in talking to the right people and collecting business cards. It’s a failure on my part to be unable to multitask. Anyway, this photo here was inspired by the classic ’80s Ghostbusters. 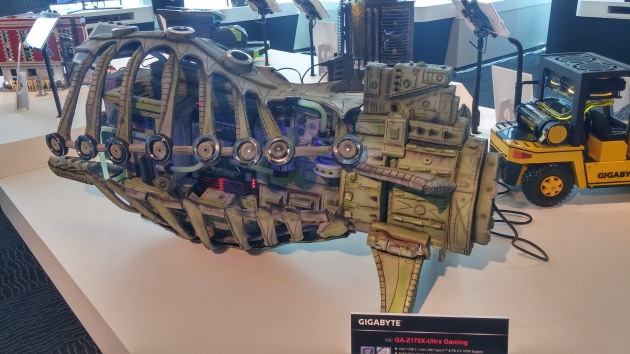 I… have no idea what this is. It looks like an alien spacecraft. 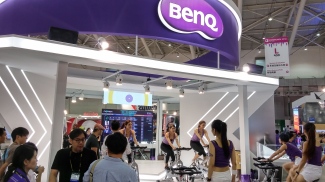 BenQ is known for bringing out some nice monitors to keep your eyes healthy, among other things that I’m not completely aware of. But this is just nuts. These girls take like 15-30 minute breaks, but for the most part, they’re on the bike all day just to showcase BenQ’s new fitness stuff.

Thus far, the three biggest booths I’ve seen in Nangang Exhibition Center was Acer, ASUS, and MSI. There were other huge booths there too, but none as big as those three. While at Taipei 101, Gigabyte reigned supreme in there with a huge ass booth with a driving simulator. You’re required to wear a Gigabyte uniform and show the whole crowd how bad or awesome of a driver you are. They give you a can of Red Bull to wash off the shame.

Microsoft and Intel showcased some interesting cool stuff too, it’s just a little sad I wasn’t there to see it personally.

Insofar, the biggest deal about Computex was the gaming segment. How could it not, when e-sports is gaining huge traction. Actually, it’s already full speed speed ahead to whatever it is going. Millions of fans tune in on Twitch and YouTube just to watch other people play videogames. Of course this is going to be a huge market. Nvidia showcased the GTX 1070, which is budget-friendly, and powerful enough to run most of the latest games and supports VR.

Speaking of VR. It is the direction where everyone is going. Not just in the gaming segment. But businesses are using VR for architecture and engineering. VR isn’t a gimmick, it’s an option that people can select whenever needed. 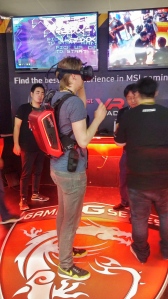 MSI is taking it to the next level. A Backpack PC for VR gaming. Like, holy shit mahn.

Now, taking it outside Computex. I was able to explore Taipei a little bit more. The people I was with, often left me alone, and I always crawled my way around to get back to the hotel. (The Computex Media Pass can be used as an electronic ticket for trains, for free, for 7 days.) What I really loved about this place, is how easy commute is. People were disciplined, no one shoved each other around in tight spaces, people prefer not to seat in trains – and based on my observation, are quietly reserved for elders when they enter the train. Bicycles are left on the street without locks – man, in Manila, even in friendly provinces with damn low crime rate, you can expect bicycles disappearing in the first 10 minutes when left unattended.

Finally, now that all the dust has settled, I will be able to get back to my WIPs. Sadly, my main project, Ashes, is stuck on a different computer. Therefore, I have began working on my second project. Since I’m superstitious with titles, for now, while it’s still in its early writing stage, it’s code named “Project Sherlock.” It’s not a detective, hardboiled, or a crime story. At least, it isn’t, as far as I’m aware of, but it could be.

I have only about 2K words in but I am already immersed into completing it soon. It’s a whiff of fresh air to write something lighter, compared to the grimdark of Ashes. The story will feature more action and an attempt to bring out a dynamic duo. More details in the following months.